The newest Kylie Cosmetics line from 25-year-old Kylie Jenner has a Batman collaboration. For the steamy new ad campaign, the makeup tycoon dressed as a seductive Batgirl, which she unveiled on Friday, October 7. In contrast to the typical all-black outfit, her interpretation of the character included blue elements to complement the royal blue makeup she was also wearing. With a lined glossy lip, a gloved catsuit, and of course, the famous mask with the bat ears, the rest of the outfit was classic ’80s glam.

In the retro campaign, the Kylie Baby founder is seen on old school television sets stacked on top of each other, which each TV focused on a different element of her look. “dream come true BATMAN™️ x @kyliecosmetics coming soon ..,” she wrote in her caption, including a black heart and bat emoji. She didn’t drop an exact date, but the release is presumably soon with Halloween at the end of the month.

Ky’s fans were loving the surprise release, and took to the Instagram comments to share their excitement. “obsessed with these looks!! the cat woman!…SO DOPE,” one gushed. “This is so cool Kylie, I’m very grateful xx” and “im so excited!!!” others penned. Another joked that Kylie and Travis Scott‘s 8 month old son could be named “Batman Webster”: while that is highly unlikely, Travis has also proved he’s a fan of the DC Superhero, dressing up in a brown leather version of the caped crusader in Nov. 2020. Notably, the couple have yet to reveal the name of their son who is legally still Wolf Webster until she files for an official change. 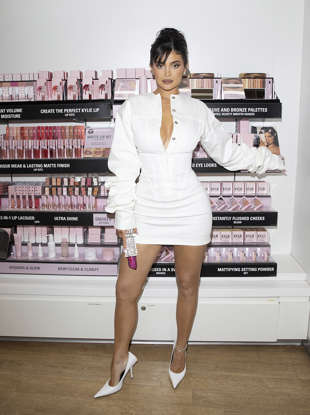 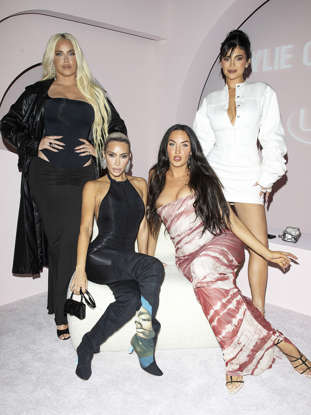 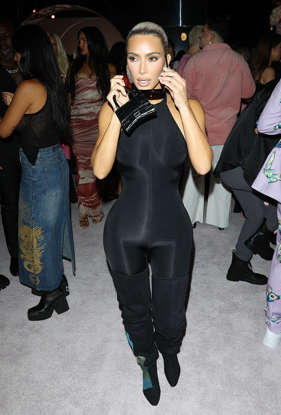